The Writing game of luck & chance! 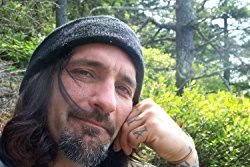 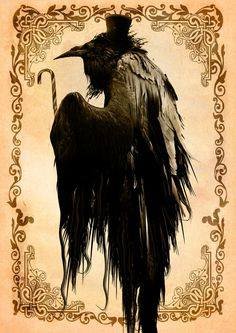 S.W. Laro is known as the Hell's Kitchen writer with many stories written using this part of Upper West Side of NYC as the landscape: OSCAR PHITKIN ('A Vendor's Tale') & THE BLARNEY BOYS ('A Hell's Kitchen Tale') as well as the six-books series featuring Det. Jack (Rance) Rancino. The full listing of his varied fictions and the Jack Rance novels can be found on Amazon Books under s.w. laro, his author's name.

The kitchen (upper west side between Broadway and the Hudson river) has a rich history in Manhattan. The term itself, symbolic of an area ripe with crime, poverty and the heat of immigrant spice, came from an old mythology dating back to the Depression. True or not, here is the origination - a German couple named Mr. and Mrs. Heil opened a soup kitchen to feed the local riff raff in the 1920s and over time people mispronounced it and instead said, 'let's go to Hells' Kitchen for soup and bread.'

I always liked that version. There are others of no import.

Cities in other countries have their own brand of a Hell's Kitchen including Britain. It maybe a case that a 'hell's kitchen' is a state of mind more than a place. For me the phrase, 'if you can't stand the heat get the hell outta' the kitchen,' was perfect since it was the hottest place in the city even in winter time. The heat, real and perceived in the mind was crippling to those already crippled if you know what I mean; men deformed of the soul so to speak. I was that kind of man and so was the character of Oscar Phitkin the one-eyed hot dog vendor or the drunks I sat with at the bar who became characters in the novel, The Blarney Boys. And so too are the men in 'Joshua Limbo' deformed of heart n' mind as lowly sots on the edges of their lives. Then most recently, the brutal character of Det. Jack Rance - a man on the edge of his profane existence during WW II, Vegas and finally, settling in the town of Whitehall, NY, a small Naval village between Lake George & Vermont.

The 'scribbling fury' as I call it has tapped my shoulder for 28 years. It's all about sellin' one's wares end of the day for us all right? Words. Hot dogs. A pint of Guiness. Sell boy SELL as I've learned through the years of sloggin' fiction.

Currently, I'm seeking potent and talented female screenwriters to adapt several of my works to the screen and for cable mini-series, specifically DELCINA'S TREE, sold on Amazon Books and also, 'Little Jack's Garden.' For more information and updates on these titles or the Jack Rance detective series, please contact Mr. Laro here or larochris23@gmail.com and by his cell - 802-779-6386. All of his fictions are ready for option deals by legit H. Wood producers, Indy directors and global streaming film companies seeking hi-quality scripts for their audiences.